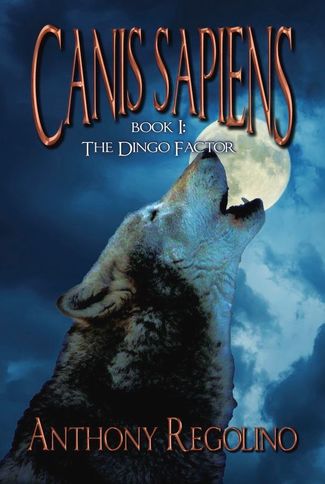 ​
This page is devoted to the novel series Canis Sapiens, which author Anthony Regolino has composed from my personal notes and journal entries into a book series for all to experience.

My name is Beverly Journal, an admittedly wannabe star reporter who was selected by a heretofore unknown species that categorizes itself by the scientific nomenclature Canis sapiens to act as a sort of ambassador for them in introducing--and ultimately assimilating--their species into our society.

This indoctrination process is a three-step one. The first step involves getting the word out, which is why I have allowed Mister Regolino to publish my exploits as a work of fiction, while it will fall on me to write of their existence in forms where it may be accepted as factual, such as through news sources. And while I endeavor to find a paper that will cover my story (and kickstart my intended career at the same time), I have settled for advertising their presence in the one way easily open and available to me: the World Wide Web.

The second step will be the most challenging for me, trying to convince the world that they are an actual race of living beings and not some hoax or just a fiction, while step three will be to convince everyone that their kind is misunderstood and should not be mistaken for the monsters of our media, and are in fact able to enter human society without endangering it.
Step two has already begun . . .*
------------------------------
* Step two, and my further misadventures with the Canis sapien race, is currently being recorded by Anthony Regolino in prose form once again, to be presented as a sequel of sorts to his first book. Although I disapprove of its being presented in the guise of fiction (which was fine for step one), I allow it nevertheless in case my own efforts to present what happened as fact are thwarted in some way (perhaps by the powers that be).